40 Orbits Around The Sun

I remember when I was little and my aunt turned 40, the decorations all made jokes about being “over the hill”. I remember being 14/15 and thinking 16 and driving was an eternity away. I remember in college, as a 21yr old working a summer construction job – my supervisor was 28 – and I verbally teased him about being so old. I could not even fathom what 28 was like. Most of my late twenties and thirties seem to be a blur – getting married, building a company, and then starting a family. I never felt any age during the last 15yrs or so.. So I could not tell you what 28 feels like, or 36 for that matter.

40 does feel older though, my joints are beginning to relive the trauma of my early 20s spent playing rugby and snowboarding like I was invincible. Besides gray slowly winning ground in the battle of my winter beard and staving off a beer belly it’s not too bad. 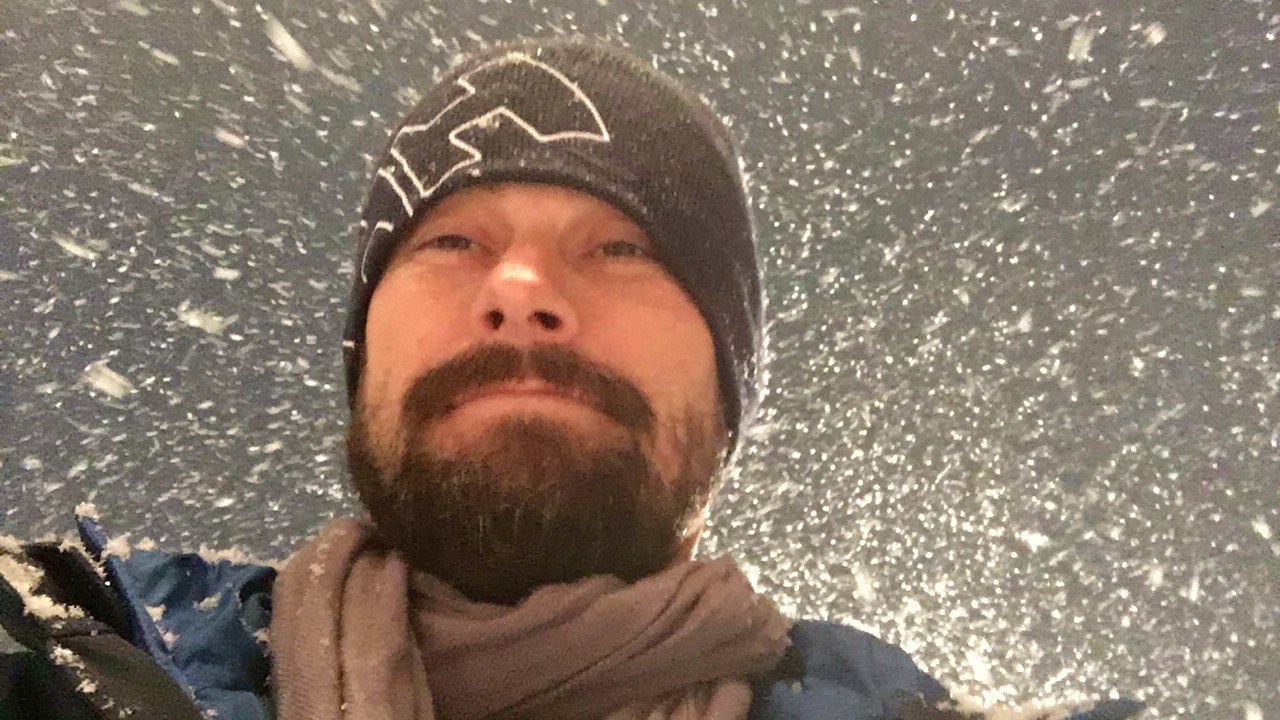 Invincible – that word captures the essence of what I think has changed over the last year leading up to turning 40 this month. Like a boss fight in a video game – I’ve discovered a few weaknesses in my world view. My entire life I have marveled at the pace of change and the advancement of culture and society. In school we learned about the Romans, the dark ages, the enlightenment, the industrial revolution, the great wars, the information age. I held a belief that it (sans dark ages) always gets better, that humanity is evolving beyond tribal sects and scarcity politics.  Lol.. not so much. The idealism of my youth is being hardened by the wisdom of.. experiences lived.

There was also a time when people thought the sun orbited the earth and some wanker in Congress likely still believes that and many more ignorant things.

I contemplated what it means to grow old and die for what I think was the very first time a few months back. Nothing morbid, but the reality finally became known to my brain that at some point it just ends. Took me 39years to even entertain the thought experiment and I came to the realization I won’t live forever. At some point I guess we will all see the day come ing closer and either make peace with it and begin to live our best life, or don’t. I also realized – it’s a scary thought “not being here”.

At 40, I am living a pretty close approximation to what would likely be my best life. After 15yrs of entrepreneuring our business is successful by any measure, providing Sally and I with the safety net and retirement nest egg responsible adults are encouraged to have, and the additional means to do anything or be anywhere we want. I’ve racked up “instagram stories” and passport stamps with increasing regularity as we’ve set off on what I like to call adventures – which are made possible by a glitch in the matrix I’ve stumbled on… when you arrive at a place financially where you can afford 1st class travel for your family anywhere in the world.. turns out you just don’t have to.  It’s true – the game is rigged.

A favorite reframe between a friend and myself is “Can you believe this shit!?” as we giggle like kids questioning how we got to this place where money is not an everyday a concern. Starting from zero – with a bit of drive, lots of luck, and a massive early advantage of white hetro normative cis male privledge – It just worked out.

Our kids are most certainly the best kids on the planet, way better than any other pair of kids ever conceived, then, now, or ever. 2 boys, that are unique and special, yet seem to have pulled much from Sally and I into their little bursting spirits. I need to get better at slowing down with them and being more present, but I do marvel, daily, at the wonderment, joy, and fascination they live in. I love you boys – I am and will always be proud of you. 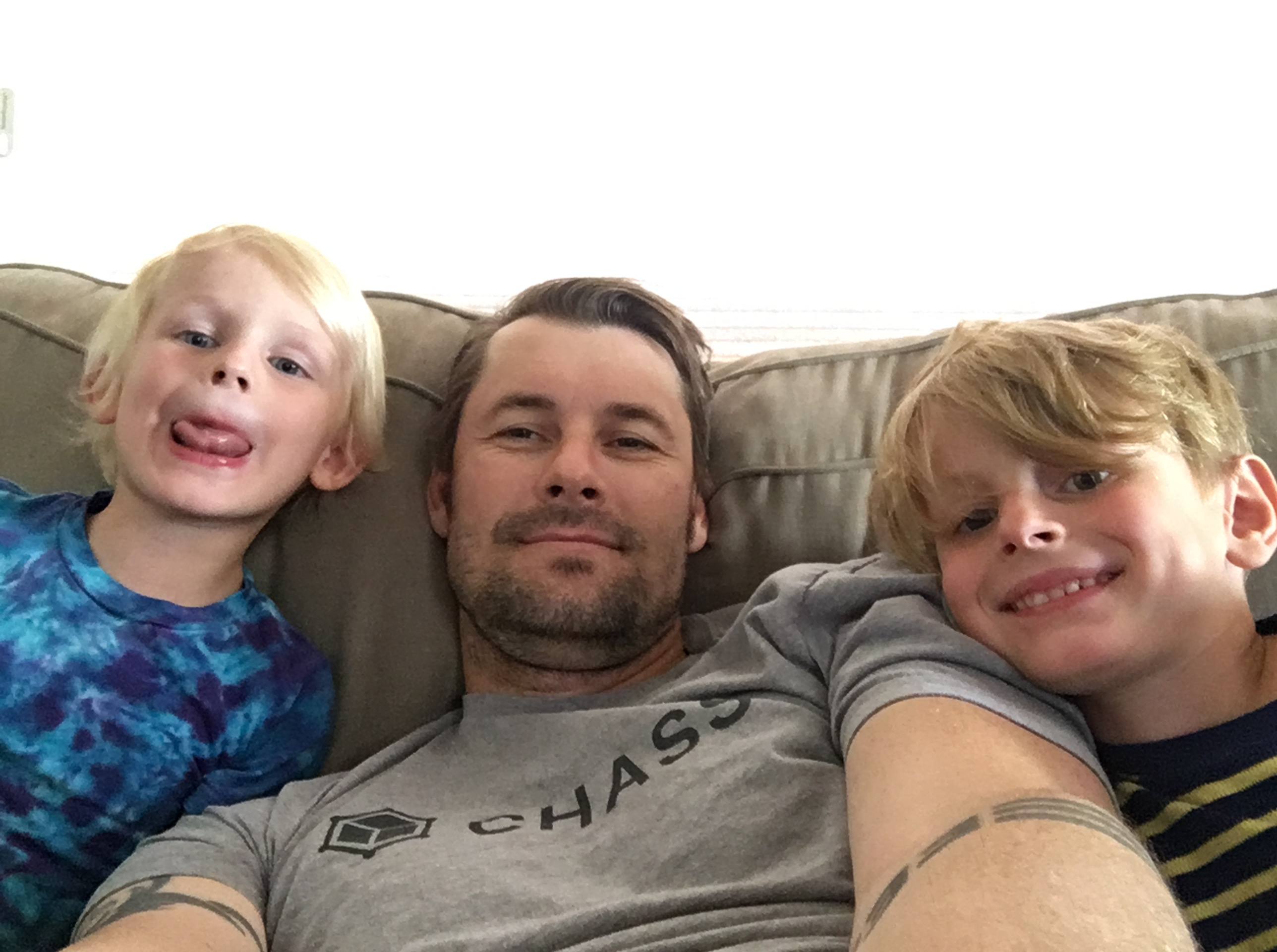 My partner of 17 and wife of 15years, my queen – I am often told how she was the best thing to ever happen to me. In the tussles of marriage I may forget that truth from time to time, but it is my truth. At 20 I was a beer-swilling, average college student, spinning compass in hand – man-child. At 40.. I do still act childish at times and I LOVE beer.. but I think I now know what I want out of this life and how to get it, and I also know what I want to give back to it. Thanks Sally.

I am grateful for much in this life thus far. My family, all of them, yes even the wierd ones. The ability to adventure and explore, and to give. The last 20years seemed to have been all about putting the work in, to earn a place here now, that we like. Delayed gratification, the persistent execution of an business idea, the slow climb to the top of this hill. We created a life and we created 2 humans in doing so. (we’re expected and trying to raise them right too)

I’ll take a pass on strolling down the other side of this hill cynically into old age. What about drifting down the S curves in a 1000RWHP 6speed monster, maybe rally up to the next peak as well? That sounds fun, I think I’ll do that instead. Hello 40. 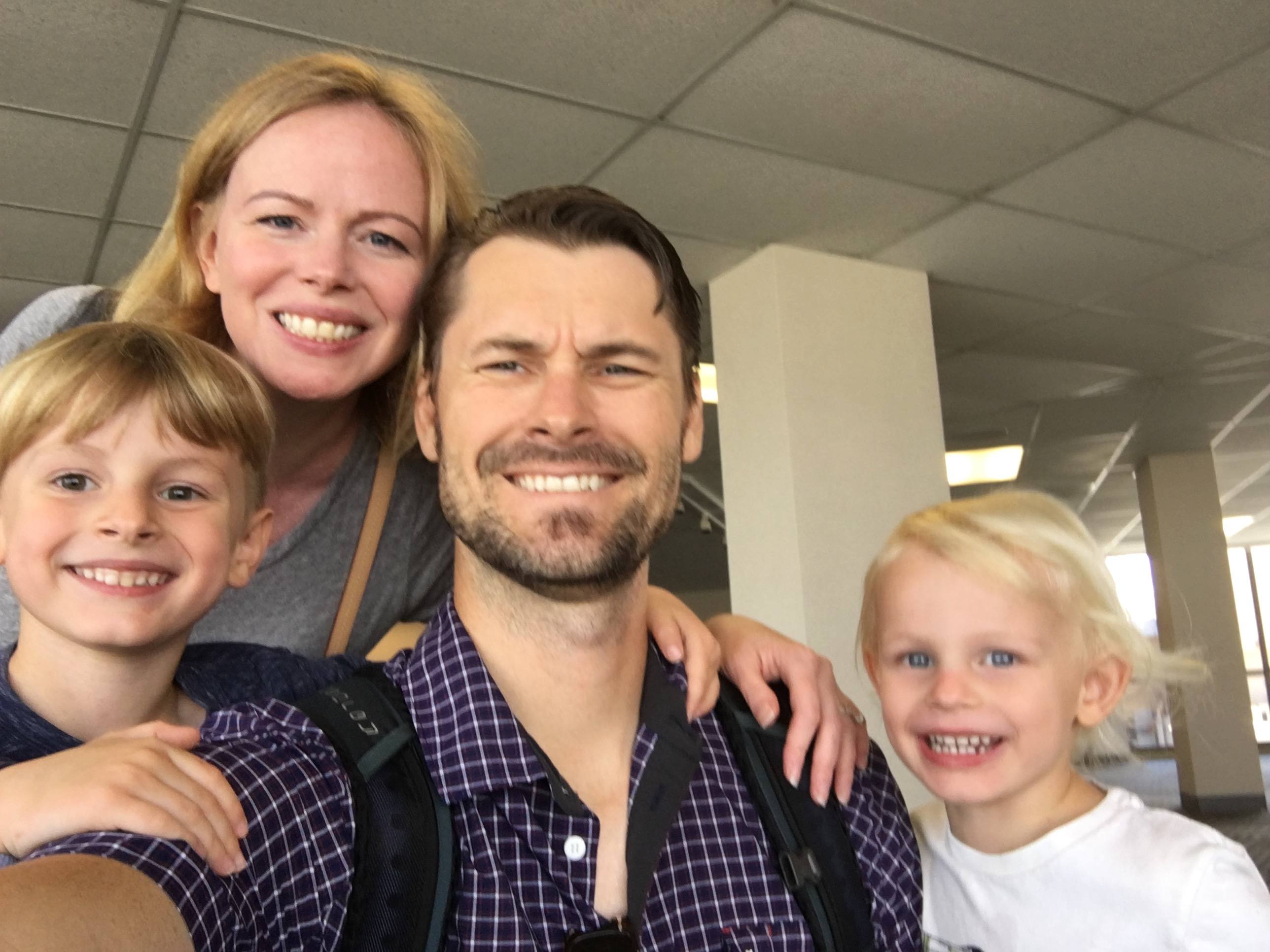 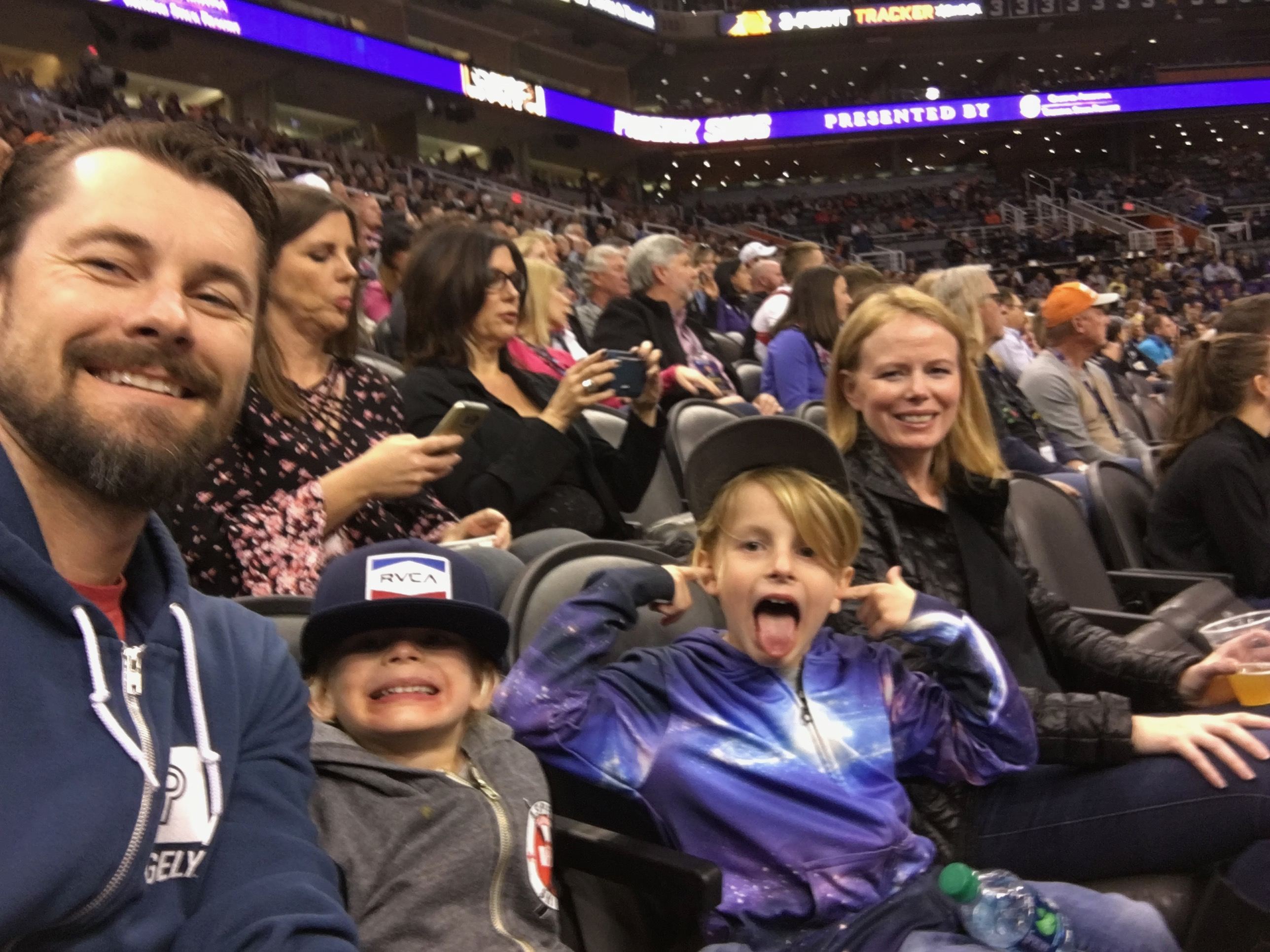 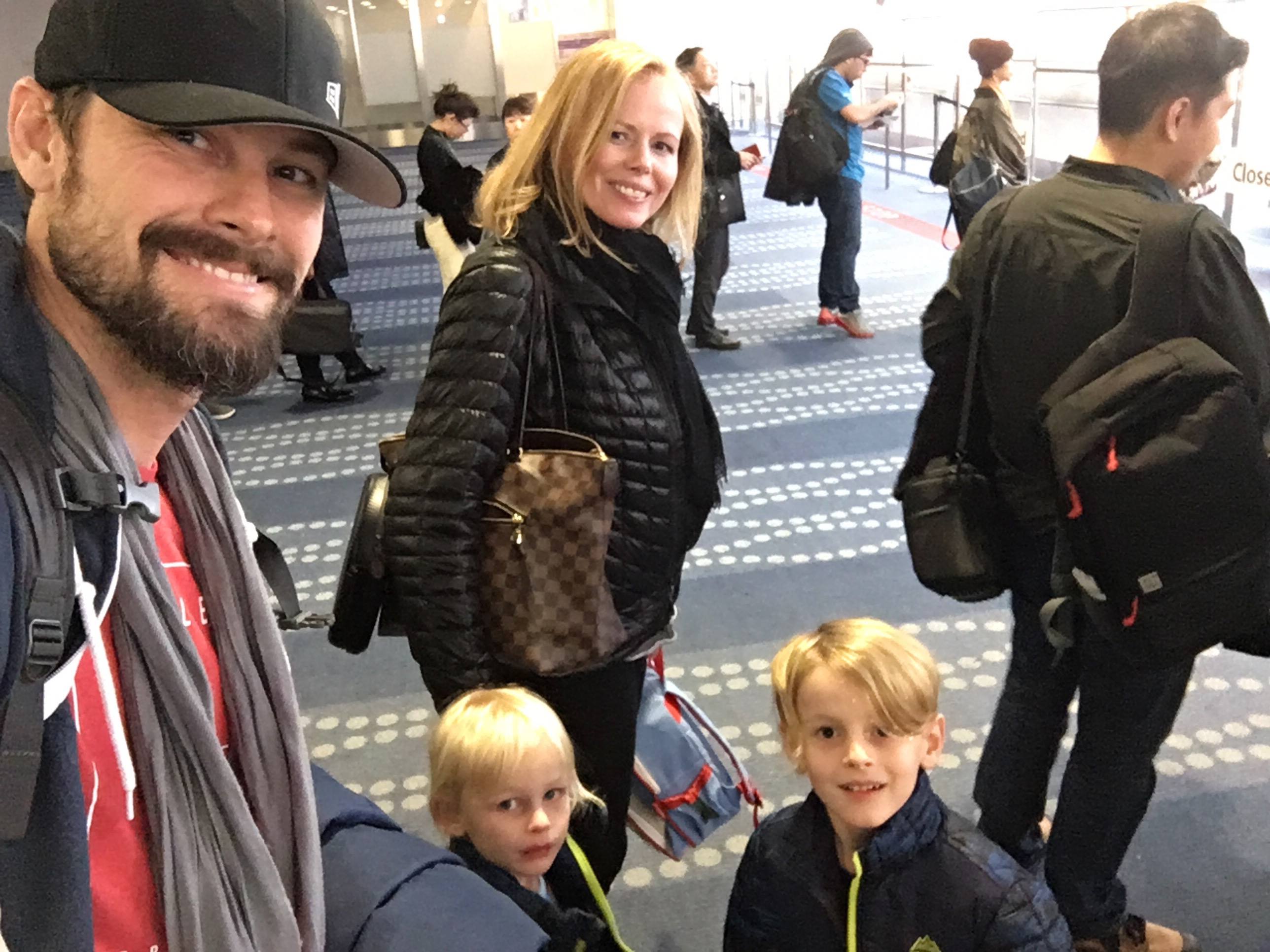