GoDaddy bans WordPress plugins and has no idea why.

Recently the worlds largest economy web host, GoDaddy, launched their version of Managed WordPress Hosting, a concept we pioneered at Pagely. Their new service is cheaply priced and according to GoDaddy’s support docs they blacklist a handful of WordPress plugins.

If you have been comparison shopping for Managed WordPress Hosting you may have run across another competitor of ours that also publicly posts a list of plugins they “disallow”.

The two lists are identical which leads me to believe that the GD engineering team did not actually research or vet their listed plugins but simply played copy-pasta from someone else. Since they did not validate the list themselves, I think it would be fair to say they really have no idea why they are banning a particular plugin.

Here is a little more insight: I noticed a plugin on both lists called hcs.php which happens to not exist in the .org repo or could be found on google, but is the exact name we gave one of our internal mu-plugins that was used to manage Pagely sites early in 2010: hcs stands for “Hosted Client Service” which is the white label name some of our Reseller system ran under at the time. I got a good laugh after the one competitor added it to their banned a list a couple years ago, twas a small display of gamesmanship between rival offerings.

However for the life of me I cannot decipher why GoDaddy’s brand new managed hosting service would ban a plugin that has not been used in over 3 years and likely only a handful of copies ever left our servers when a customer migrated out. Their engineers that in theory should have supplied said list after researching and vetting each plugin were asleep on the job, or really bad at it, or both. 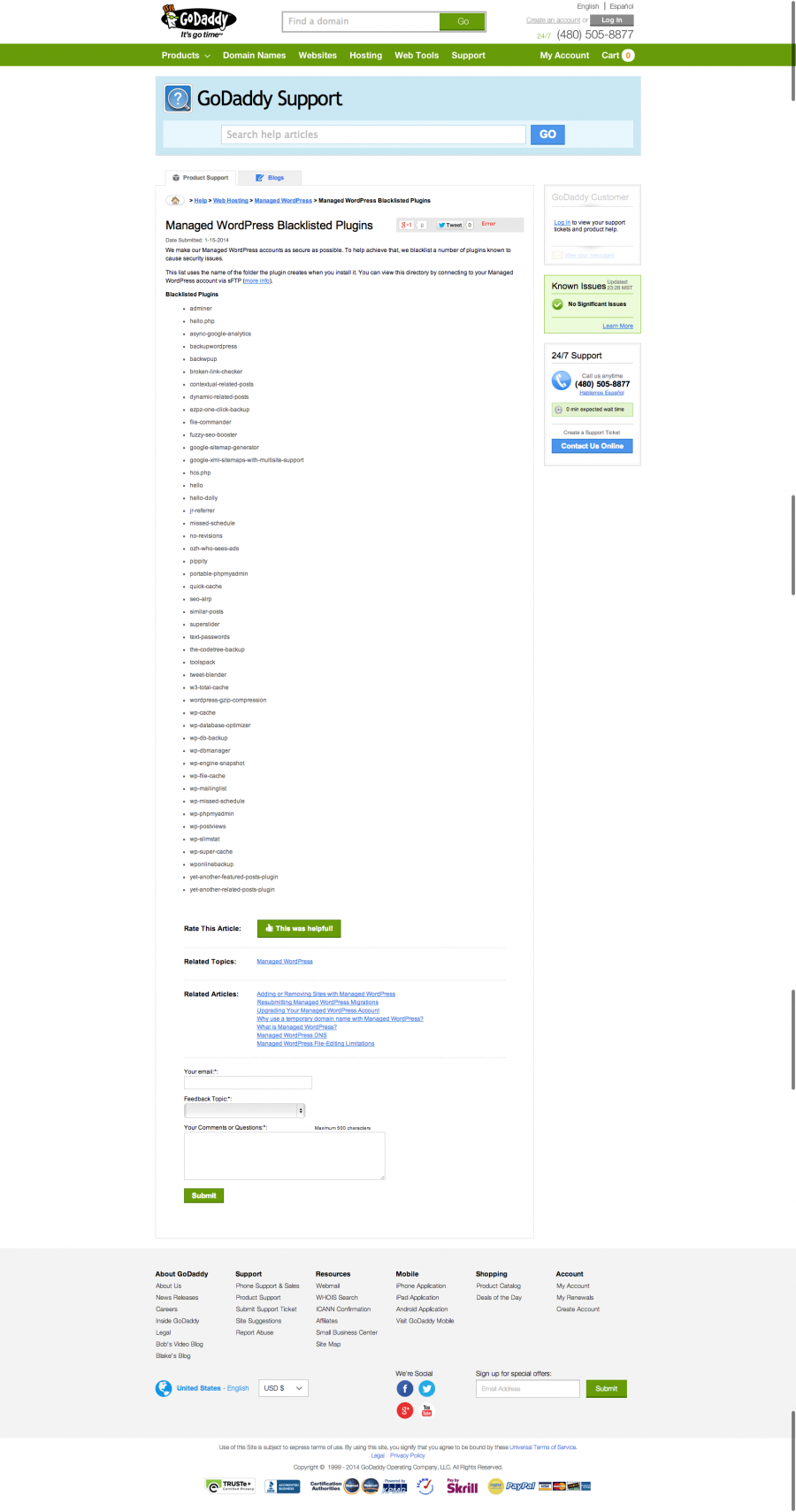 14 thoughts on “GoDaddy bans WordPress plugins and has no idea why.”