First mover or Fast follower; never having to say “me too”

We sort of pride ourselves at Pagely for being the “first” in just about everything we have done.

The merits of the first mover advantage have been hotly debated if not outright dismissed. However Brad Feld says be a niche first mover.

Several people challenged this idea in the comments and there are many investors that like to invest in “fast followers” (I’m not one of them.) There’s also a well worn cliche that you can identify early leaders as they are the ones with arrows in their back. While I understand the convention wisdom around this, especially in the context of corporate strategy and general innovation theory, I take a different approach, especially in very fast moving markets like the ones I invest in. 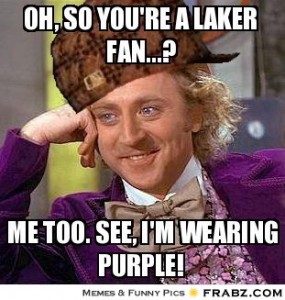 On the opposite end is the Fast follower argument. Which essentially says while the first mover faced the challenges of innovation, customer education, and proving the concept; the Fast follower has the luxury of entering a warm market and learning from the mistakes of the first mover. There is also the advantage of being able to say: “We are just like X, but we do Y differently”.  Being able to explain the gist of the business with a simple contrast is a luxury the first mover did not have during the market education phase.

If we were to do it again, I still think we would opt to be a first mover. Even with the extra challenges that go with it for 1 simple reason: Never having to say “Me too”. When your company is innovating in the space, you never get caught in the situation where you are forced to duplicate a feature or product to stay relevant. In the follower positon, companies do a lot of reacting to others in the space. The best efforts of the fast follower marketing team may present the new item in all sorts of gloss and sparkle, but the underlying message is “we now do this too”.

This is not the case across the board. Certainly many a 2nd-3rd or 10th entry into a space has out maneuvered the entrenched players and gone on to win the day: al a facebook, google, etc.

Recent happenings in our own space got me thinking about the Me Too’s. About this time last year we laid out plans for what is now our new API driven account and infrastructure management system. In June we relaunched our entire system and made our new Partner API available publicly a few days ago.

Company X in our space is working on a similar product, and they chose to mention our press to provide context for their Me Too pitch they made to the target users of the product a few days after our annoucement. This is the meat of slightly longer email sent out by another hosting company within a day or two of our Partner API announcement.

We’re aware that there have been some announcements in the past few days about opportunities for theme marketplaces like yourself to partner with hosting companies and offer tightly integrated, white-labeled managed hosting to their customers via partner APIs.

We wanted to let you all know that, while we have not publicly announced this yet, [company X] has already developed a Partner API which we’ve been “bedding in” for a few months with a select number of partners in order to ensure stability.

… we’d hope there would be opportunity to speak with you about what we have going on over at [company X]  in this space.

Now getting beat to market happens all the time in all spaces. We were working on a product that was to be an “app store” for WordPress plugins and themes.. before we got it finished and to market the WP App Store plugin launched beating us to the punch. We had a choice, push ahead and be the Me Too, or shelve it. We ultimately decided to adapt parts of it for something else, and shelve the concept. We just had no interest in getting out there and trying to promote a product that was 2nd to the game.

Being a first mover is hard. Being a fast follower is probably difficult too. Startups in general are an exercise in self torture some say. At the end of the day it just comes down to execution and how well you do it. Some of the followers in our space have executed on things amazingly well,  some not so much, we have had our share of misses as well. Chances are good this other company will execute on their partner play well, and it will be fun to see how it shakes out. This affiliate seems to like Pagely.

For my personal taste I prefer getting out front, the target painted on ours backs be damned.