Damn it is hot in Phoenix. 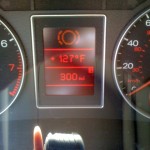 Kinda makes your brain mush after a while.

Not to be a drag but already this summer I saw a boating accident in Havasu that killed a guy, ripped the front spoiler off my car (again), and lost the worlds best dog to liver disease and old age (12).

But on the plus side a business legal matter was decided 100% in my favor, and work has been steady amidst this recession. I got a call from a local investor type that had an idea for a site to make and sell twitter stickers, so I built it. It’s kinda cool and was fairly painless to code in Code Igniter.

July-Sept is the inferno you must live with as trade for the awesome winters here. Maybe one of my startups with take off and I can buy a summer house in a cooler location.

Phoenix as a whole does slow down in the summer but there are still tons of stuff happening in the web/tech industry.

Gangplank has schedule another Jr. Event. (I am an advisor..and office at gangplank)

GoDaddy is bringing Diggnation to town.. (Godaddy is a Gangplank supporter)

The 1 ton fooddrive is nearly complete, trying to make a 2000lbs donation to St. Mary’s. Need your cans.