Starting to feel better after the post sxsw immune system crash. Here are the top 8 for me this year. (Please forgive the shameless namedropping)

1. The Boarding Pass (Friday March 7th, approx 8:20am, PHX Airport)
Arrive at PHX with Sally (my smokin hot wife) and Johan (the crazy danish intern) and breeze through security pretty easy, and arrive at the gate to see other folks from #phx. Sean [name removed to save him from waterboarding at gitmo.. apparently it is a federal offense to tamper with a boarding pass] whom I invited to speak on my sxsw panel let me know the night before he got my boarding pass for me. When I walked up he was anxious to greet me and handed me my boarding pass as seen below. 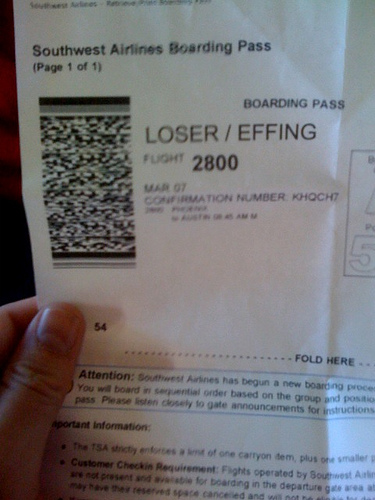 This was the culmination of the prior week long tirade of finding creative ways to call each other “A fucking loser” – male bonding at it finest. I had Sean squirming for a comeback after the last burn I delivered, and happy to say Sean stepped up big with this one.

Really hard to sum this up.. but it was quiet possibly the highlight of my year so far. Andrew Hyde joined Sean and I for the panel. It started with a Keynote slide of Godzilla. 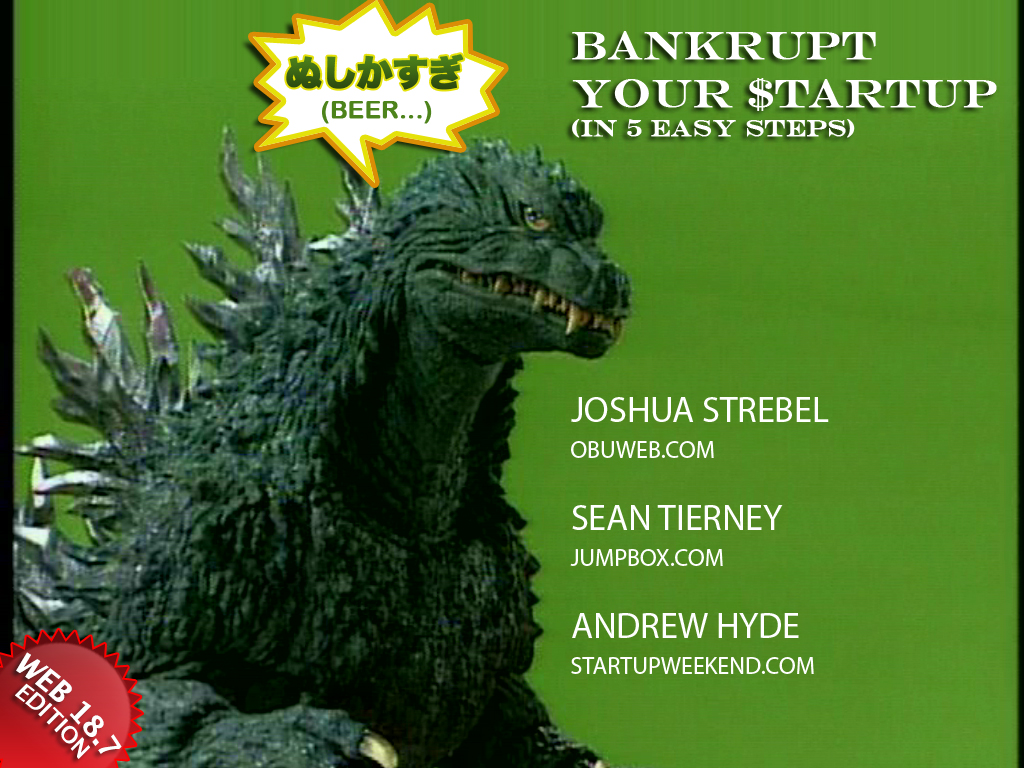 Got to drop the F bomb in the middle… 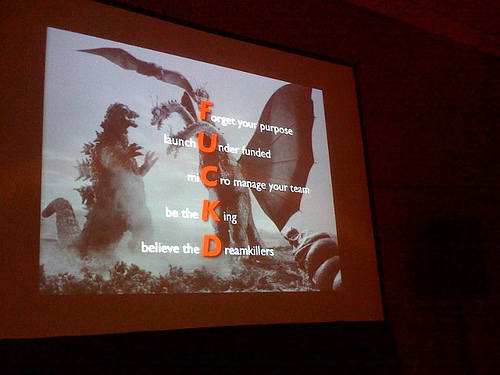 and wrapped with a a special guest panelist, the unicorn 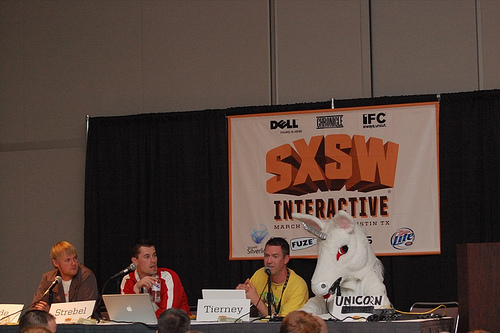 Damn he was smart.. Listen to this interview

The fact a professional writer form Wired.com had to report on the trainwreck made it all the better.

All the other sxsw parties are cool and all.. but after 1am it is vodka+redbull till 4am. The DJ was slammin, and the people are always chilln. Met Austin from PocketFuzz.com who ran the txt board in the dance room.. was cool; you could txt anything to this number and it was projected on the screen. Hours of fun.

4. The Crazy Weird Carni band at the 16bit party.. no not really

The band was terrible.. but the night saw some highlights:

Also the planning for that night was near flawless.. We were 30 minutes early to every party… and therefore a) got drinks early, b) didnt have to wait in line c) got to meet more people who also were not standing in line.

5. Partying with my wife like we were in college again.

This May will be 5 years of marriage to Sally.. And I think besides a few brief episodes in years 1-2.. this was the first sustained party effort together since we were in college. Also it was fun to forget about work, clients, customers, reputation.. all that.. and just be a dumb kid again.

I met some very nice people from Digg a few days earlier, and their coolness and a good word put in for me by The Unicorn landed me on the VIP list.

Here is why the digg party bwnd all others; 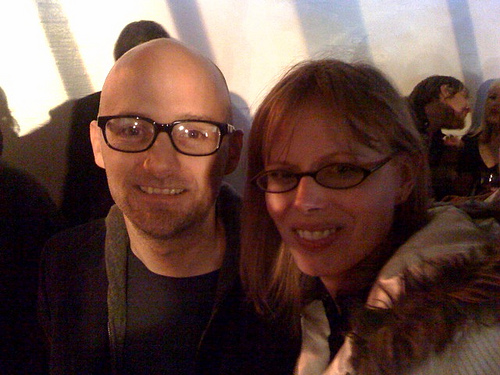 Moby comes in the back gate.. he is in the place for of all of 27 seconds and GaryVee innocently goes to shake Moby’s hand and knocks his drink to the floor. Moby’s drink on Moby’s shoes… So there is Gary, and there is Moby.. both giving each other the wtf? look. Was waiting for Moby to break into song of something… Of course twitter reaction time was instant.

8. All the kick ass people

The Blue Favor crew et all, Andrei, Paul (Jesus) Nixon, Pistachio, GaryV, Beth, Aubs, Andrew Kortina, Andrew Hyde and the domination of VCWear.com, the Unicorns Agent Matt, Lorenz, Austin, Andy Kaufman, Mel, Jermey, Thanks Jade and Integrum for Dinner, Josh Bloom, Thom Singer, you, and you, and the other guy, and her, and you, and all the other 432 uber rad people I met, drank, and plotted world domination with. 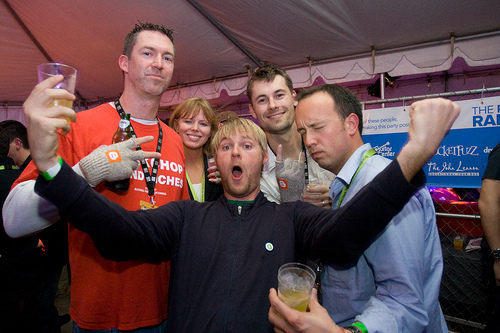 8b. The cool business cards

Feeling sick as soon I got off the plane in Phoenix after SXSW, The Facebook Keynote, panels starting at 10.. thats about it.